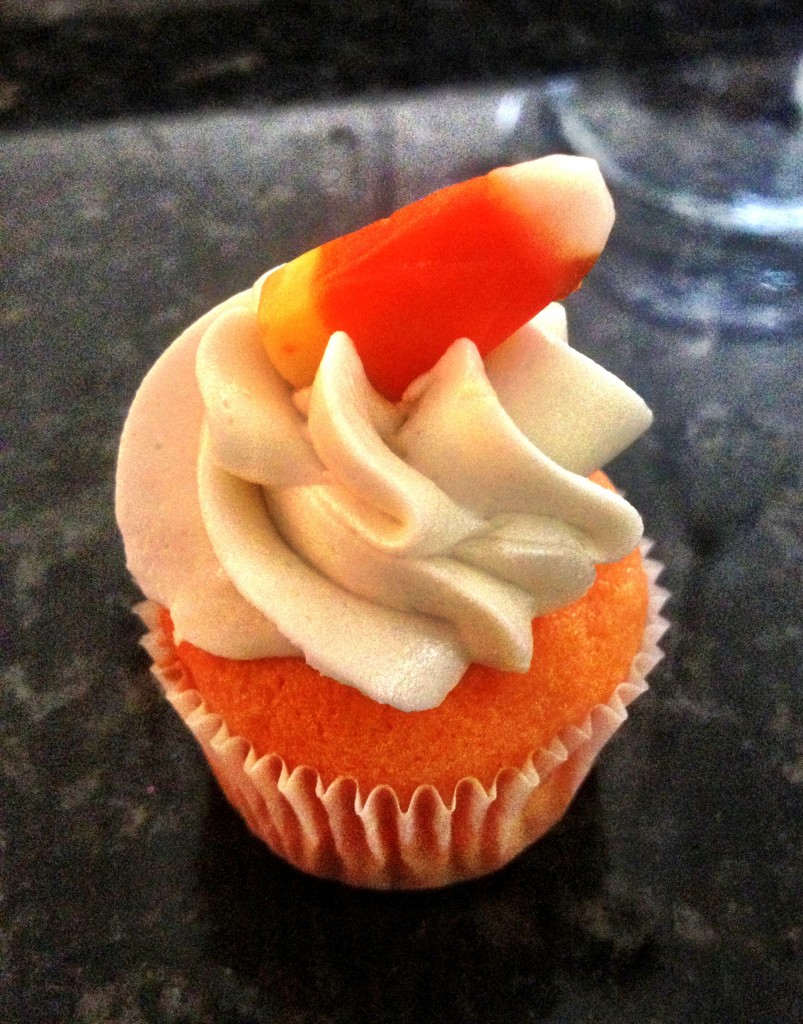 Here is my version of the Candy Corn Cupcake I pinned on Pinterest- check out my Holiday Board.

Or click HERE for the recipe that you should NEVER make!

This was the worst Pinterest recipe I have tried- not because the recipe was yucky, but HOLY COMPLICATED! I am a pretty darn good cook. I started this project about 1:00- I didn’t pay that much attention to time because going into it I could never imagine It would be about a 3 hour ordeal. The reason I consider this a failure is because the taste is not proportionate to the time! They are good, fine, cute. But it was over complicated in a way that is disproportionate to the pleasure. 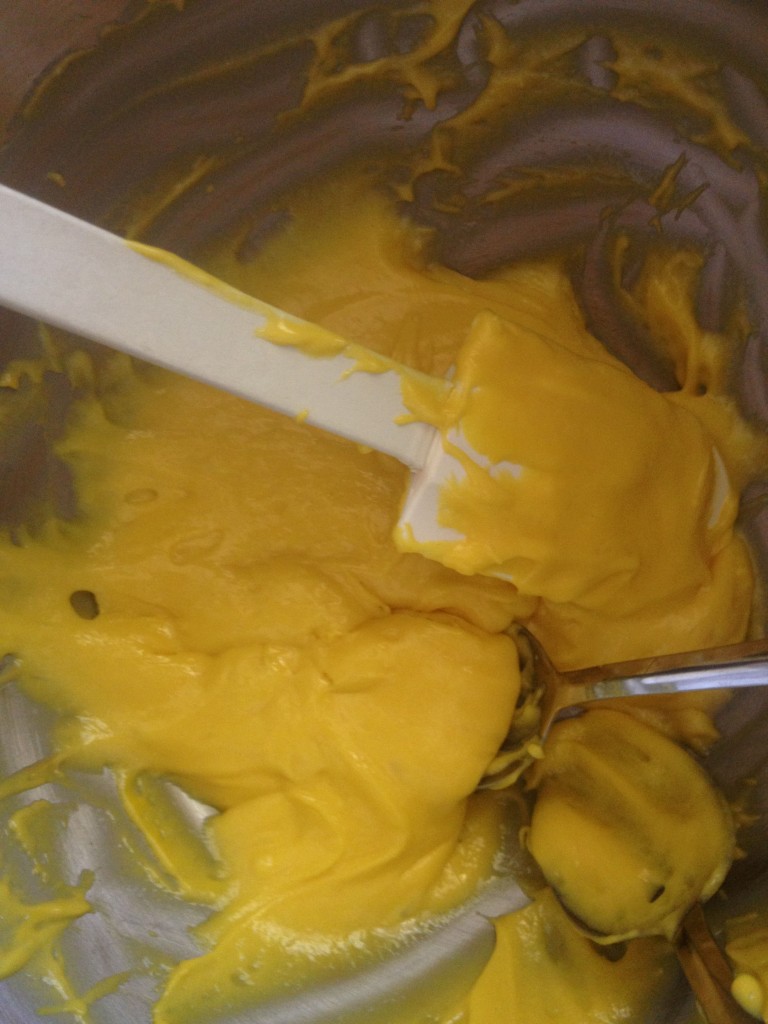 Lets start with the batter- it is a doctored up cake mix- I figured it would taste better- I don’t think it does. The addition of sour cream only adds to the cost (and fat). The consistency is much thicker and is part of what makes them soooo incredibly time consuming to “dab” into the cup cake cups. 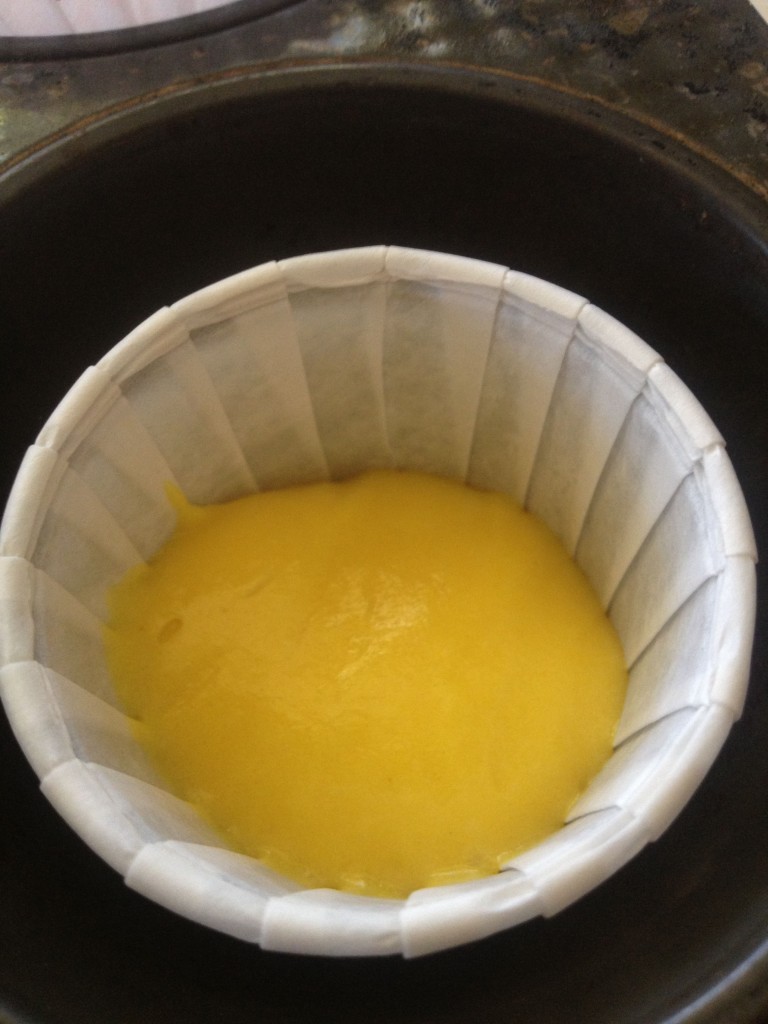 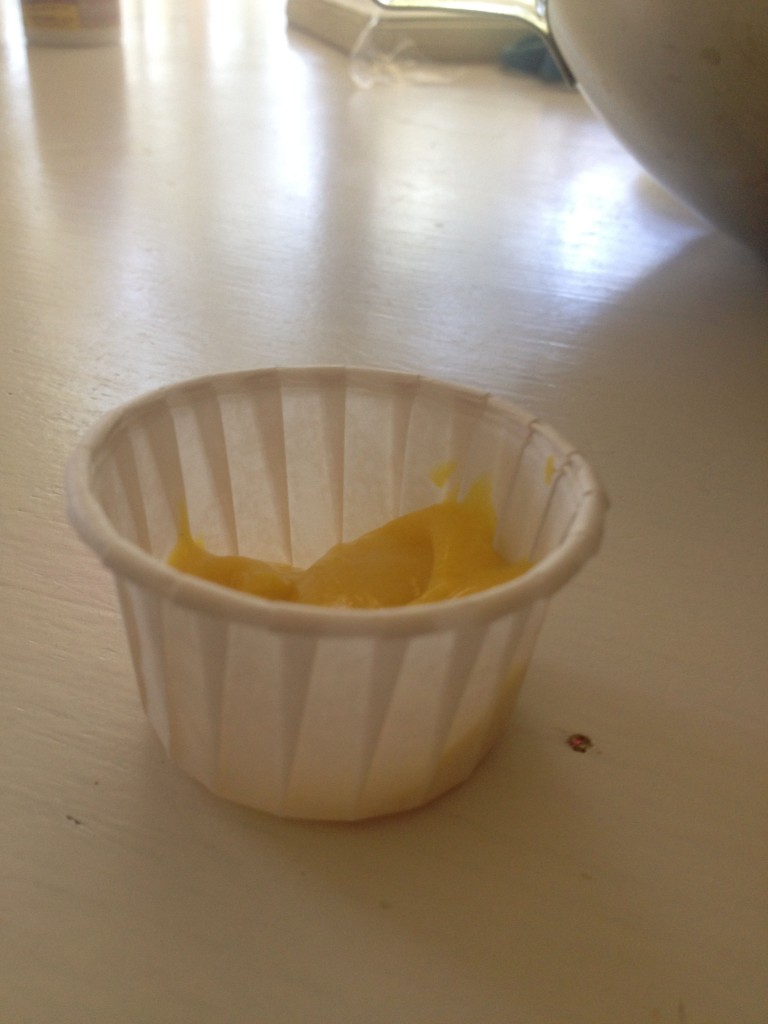 It should not look like this. If its not smooth and flat it ends up looking a little like tye-dye cupcakes not the stripes on the candy corn.

I will admit I doubled the recipe so that I could have plenty- I also made mostly mini cupcakes because I think they are easier to eat at book-club when there are lots of yummy treats to taste. I also made them in-part for my little coco’s preschool party. SO I ended up with A LOT! But even doubling the effort of mixing up an extra cake mix and  S L O W  L Y dabbing tiny dollops into the cupcake wrappers, this recipe makes for a long day in the kitchen.

I finished the yellow cake layer and felt like I was really ready to wrap up the project. But holy cow, I was just getting started. I noticed the time. 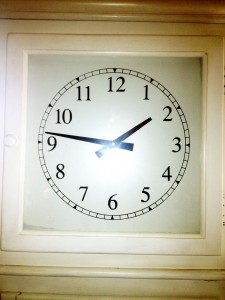 *TIP: If you really love the way they look (which is why I made them), I will suggest you make the cupcakes one day and the frosting another.

I did the orange layer. 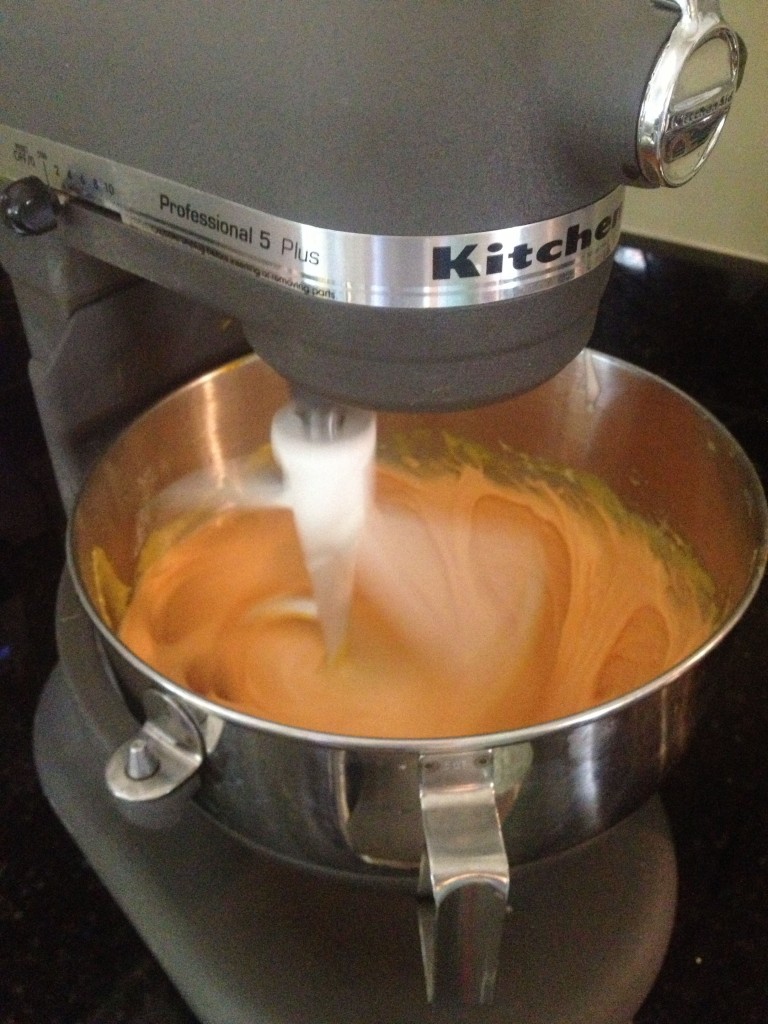 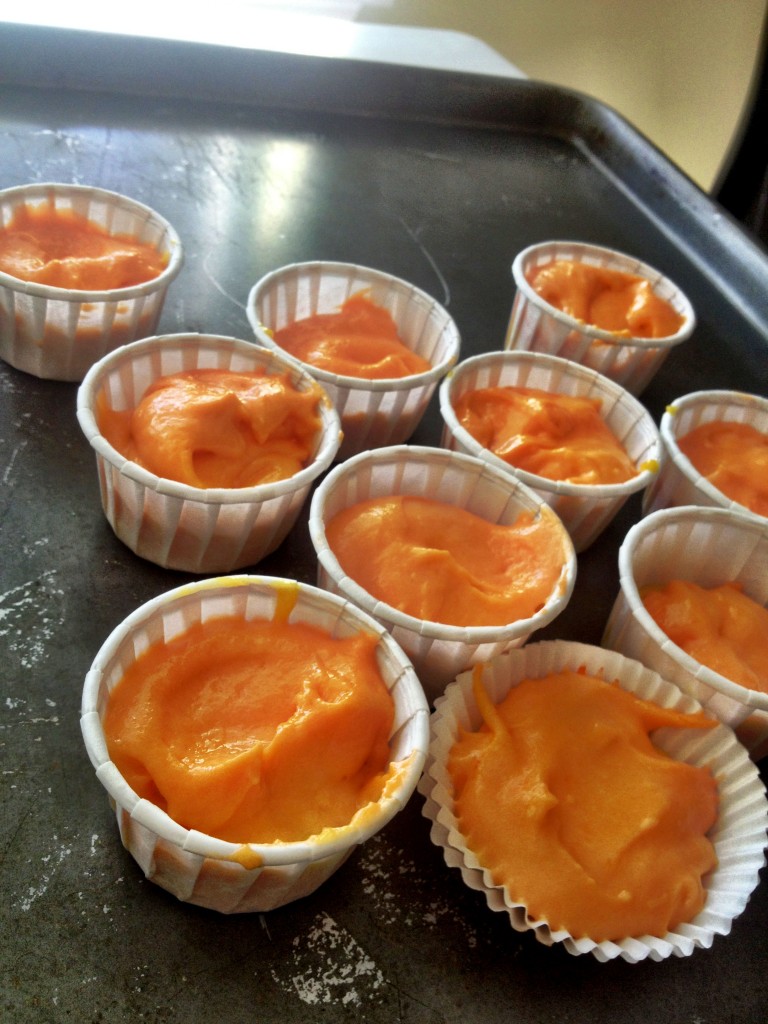 Oh, and BTW, if you dont have enough of the cupcake pans- then try using these small souffle cups. If you try using just a wrapper they will lay practically flat like a pancake. 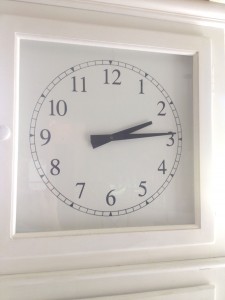 At 2:15 I finished filling the cupcake wrappers. I started baking and making the frosting. 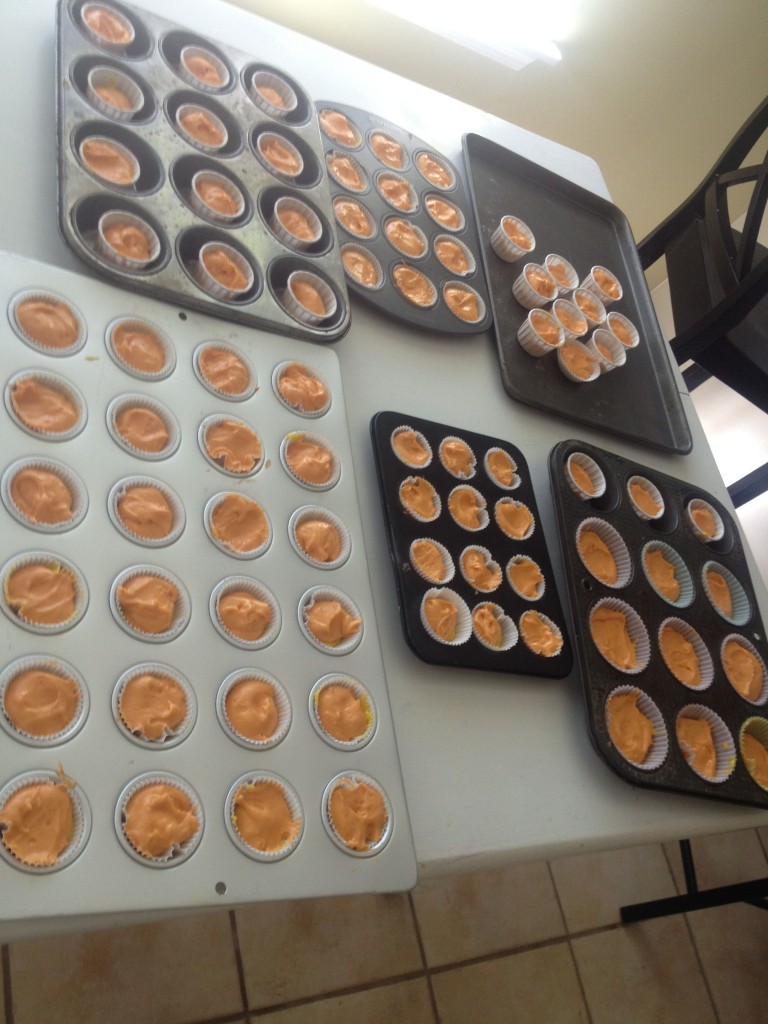 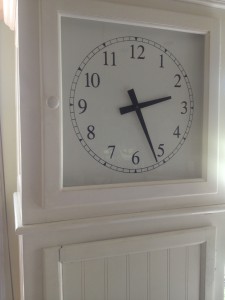 The frosting recipe here (link), was a little worry some and after hours just making the cake part, I wanted to postpone this part for another day. I couldn’t because book-club was tonight. But I can say that the frosting was not problematic like I imagined. Thanks to OUR BEST BITES for the recipe. Its worth making again.

3 tablespoon Flour
1/2 cup milk (whole milk is best, but I use non-fat when it’s all I have and it’s actually fine)
1/2 cup real butter
1/2 cup sugar (that’s granulated sugar, not powdered sugar)
1 teaspoon vanilla extract, or other flavor if you wish.

Whisk together the flour and the milk. Heat in a small sauce pan on medium heat.Whisk continuously until it starts to thicken. Let it cook, while stirring, until you can start to see the bottom of the pan. Smash any flour lumps with a rubber spatula to keep mixture smooth. 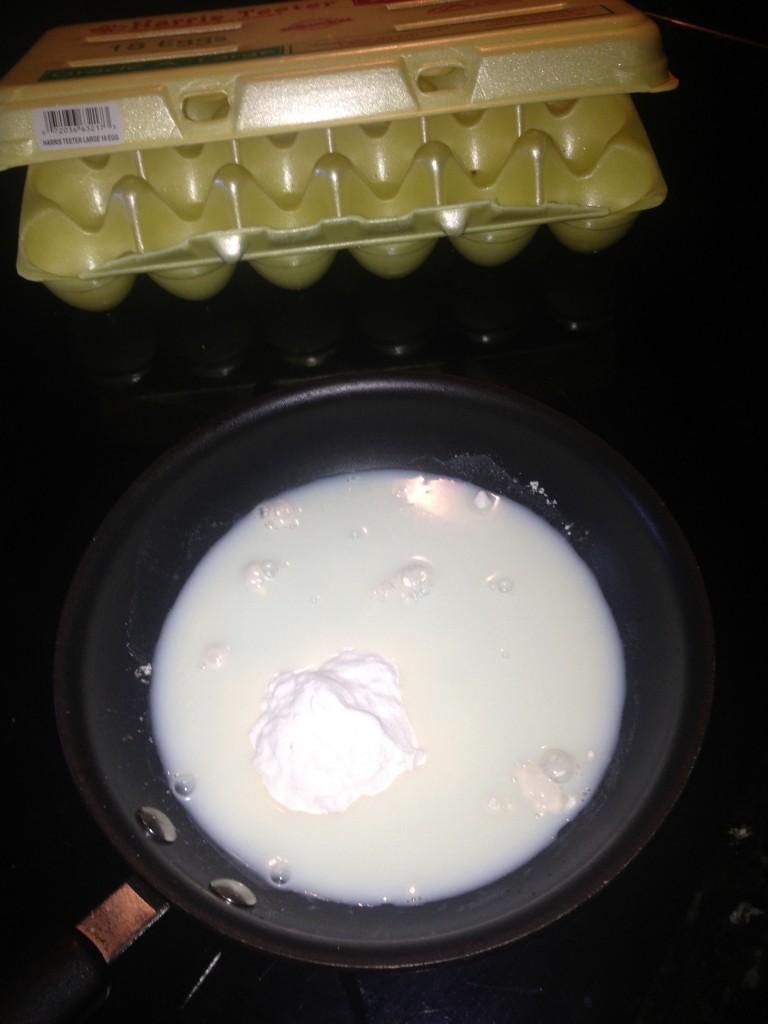 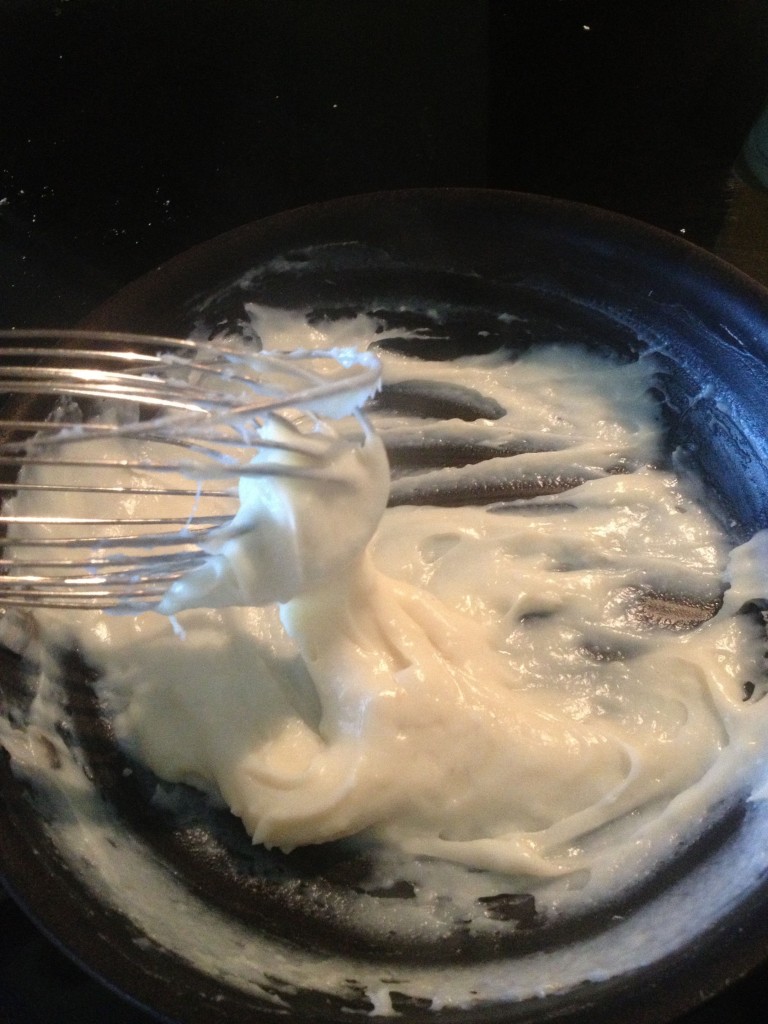 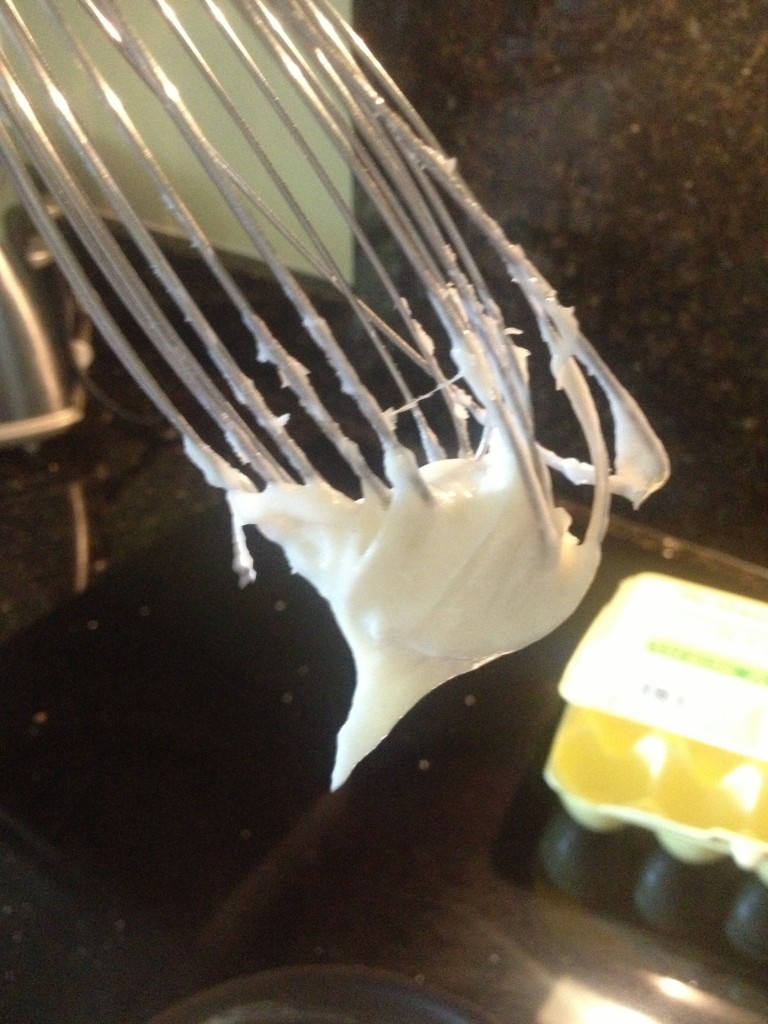 It was time consuming because it required a cooking process and then a complete cool dawn before finally whipping with other ingredients. So there was some time that I took the cupcakes out of the oven to cool and the flour-milk mixture was also cooling.

Put this mixture in the fridge and let it cool completely, it’s fine if it stays in there long enough to get chilly, you just don’t want it warm at all. As it’s cooling, feel free to stir it occasionally to speed up the process and keep it from forming a crust on top.  When it is chilled, you can move on to the following step.

It an electric stand mixer, beat the butter and the sugar for a minute or two until well combined and fluffy. You’ll want to use the whisk attachment on a stand mixer, not the flat paddle. Then while beating, add in the thickened milk mixture and the vanilla. Beat to combine and then scrape down the sides. It’s going to look like a goopy mess and kind of lumpy and separated, but keep whipping about 7-10 minutes and Voila! Its perfect for piping onto a tiny double layer cupcake. 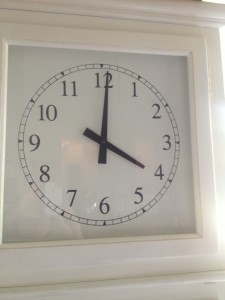 I finally finished at about 4:00! That’s a THREE hour cupcake! That taste just OK. This post is too long and so was the preparation time for these Halloween treats.