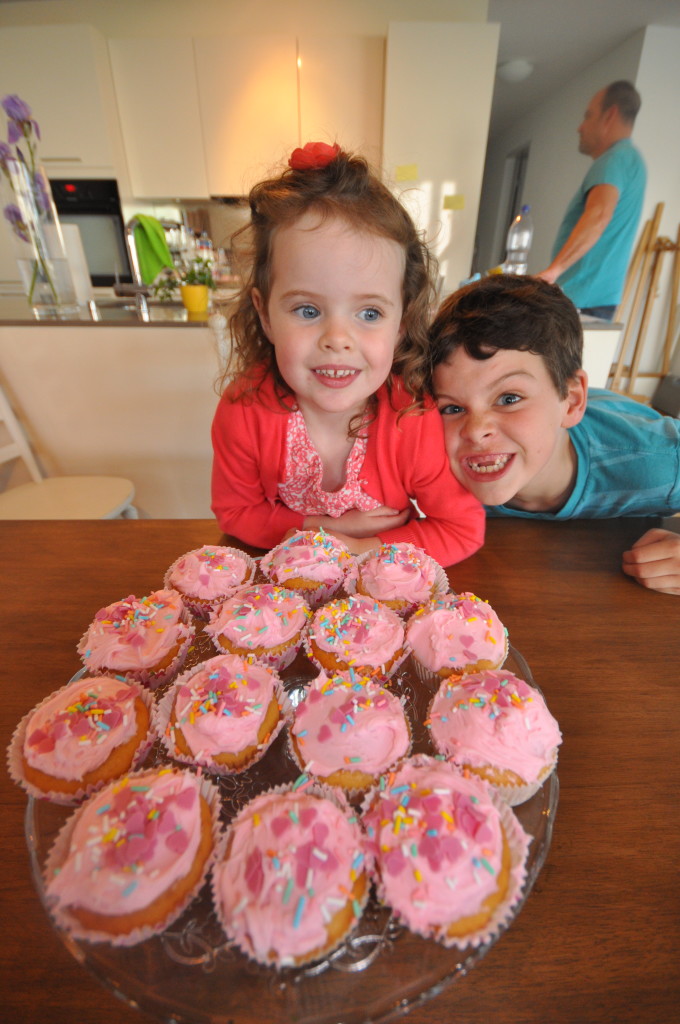 Agh! Brothers! Always trying to sneak in and wreck my party!

A few weeks ago we decided for Coco, that the time had come to bid farewell to her pacifier. We had only one paci left and it had tiny holes. Even though it did not work properly she still did not want to give it up! The big problem was the the tiny holes were allowing moisture and germs in. I only noticed the damage when I saw some gross looking germ infested mess that I knew was not good for her! So I insisted she finally have the paci-party we have been discussing for years.

I have been reading articles for some time about how to gently coax the paci habit away. I was hoping she would give it up on her own – like some of my friends claim happen in their households. But since the paci was now a health risk, and since I refused to buy a new one- we went out searching for a helium balloon and some cupcake mix instead.

Finding a helium balloon in our village is not so easy. Unlike the US, they seem to be a bit of a specialty product?! Crazy huh?! I visited a few stores – grocery & craft and hobby, even a florist, but no one carries them except gift shop stores. I paid 2 chf for a Pink latex balloon! We used to get these at publix for free every other day! I quickly discovered that one latex balloon was not strong enough to carry a paci away to heaven so that Jesus could give it to another baby- in our case he was going to repair it and sanitize it first. *NOTE: Mormons do not really believe that Jesus refurbishes pacifiers. I had to get 2 more balloons to make sure they would lift it far enough away, never to be found again.

After a quick goodbye, Coco let go of the balloon bundle and we all smiled watching it float away into the sky. It was at that moment I thought I should take a photo- I ran looking for my camera. Can you spot the balloons? 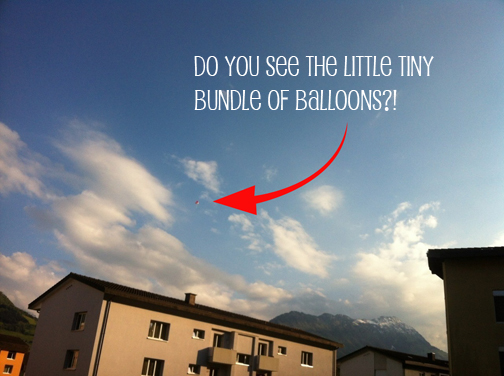 After the paci floated out of sight, we celebrated Coco’s coming-of-age by feasting on prinzess Lillifee cupcakes (a German fairy princess that has built a merchandising empire out of stickers, pencils, cute children jewelry, games, books, AND CUPCAKE mixes). Sophia even got a new toy to help distract from her loss. It’s colorful & makes noises that you would expect to hear tinkerbell dance to- of course she would rather have this than a paci!? 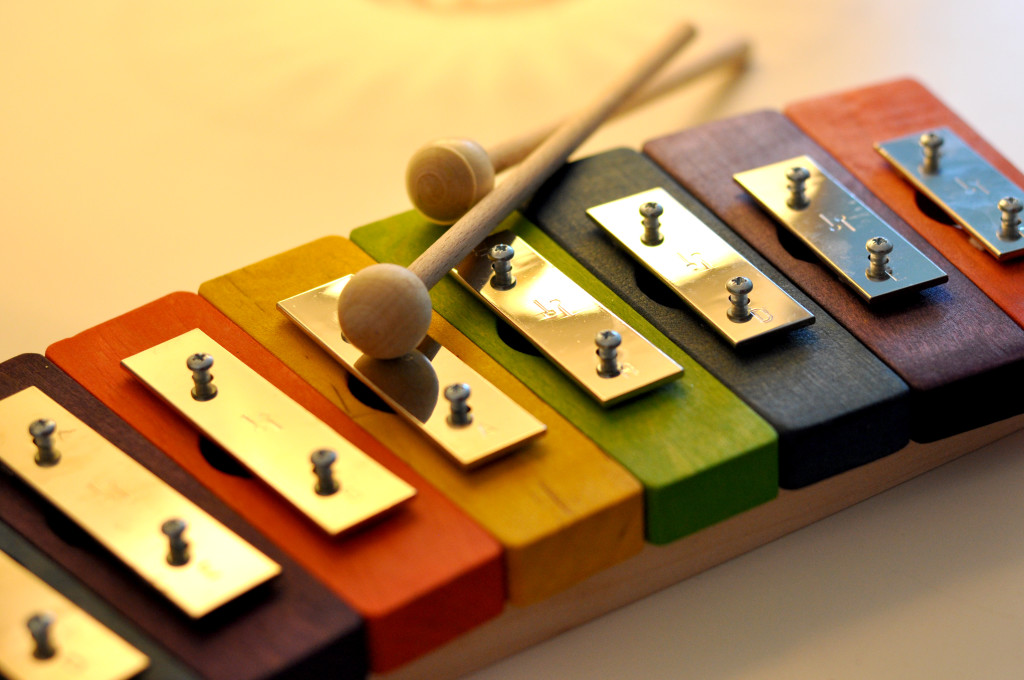 It’s been several weeks since the paci party. I expected a sleepless week and a lot of tears, but actually it wasn’t that painful. She gets tired and regrets the decision, but I tell her she is a big girl now and I hold her hand and she falls asleep. Sometimes I hold her hand for a few minutes and she still doesn’t want to go to sleep, and because I always believe that I am a little bit of a distraction, I leave the room. She usually cries or fusses in protest and eventually falls asleep. I hope this is going to disappear with maturity. I don’t want to be a human pacifier but I hope she will learn to soothe herself to sleep soon. I miss our morning cuddle time, I realize now that she was content to lye in bed because of the paci. Now she is up quickly asking for breakfast. She is napping a lot less, which is good, but also missed. I have obviously been less productive as far as my blog goes because I seem to have a little less time at the computer, but I made progress with my most important job~ being a mom. My little baby is growing up! Now we are tackling night-time pull-ups. We had 2 dry nights, but today I am washing sheets. ANY TIPS?! 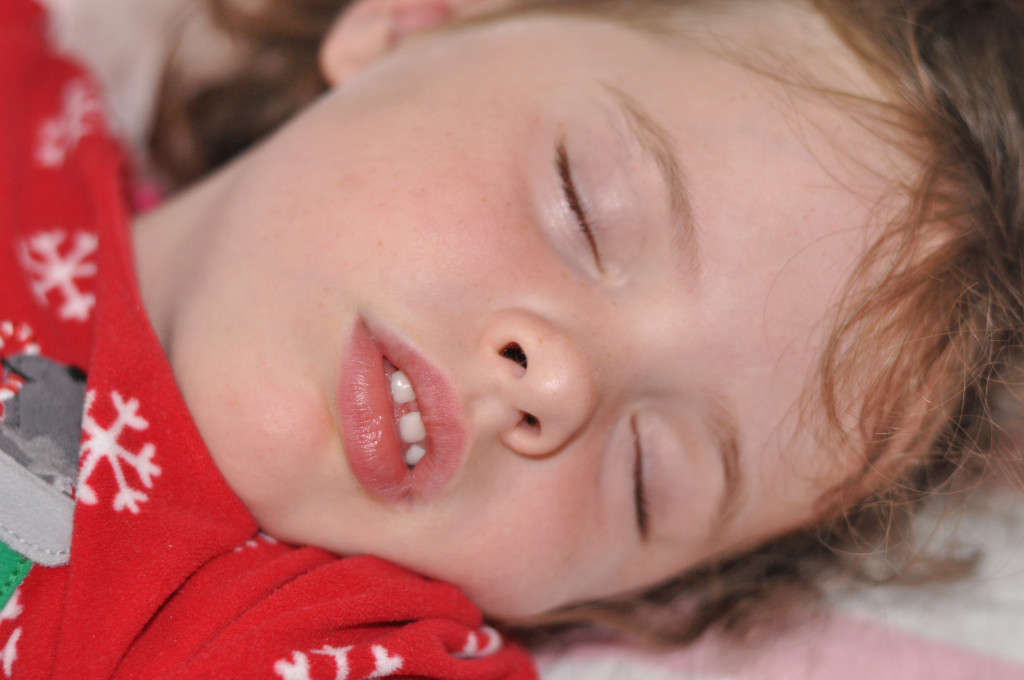